facebook.com/alebrowargdynia/
Starowiejska 40B , Gdynia
535 207 067
This atmospheric two-storey bar is the prominent symbol of the brewer which can be found among the top 100 brewers in the world, according to Rate Beer Best. 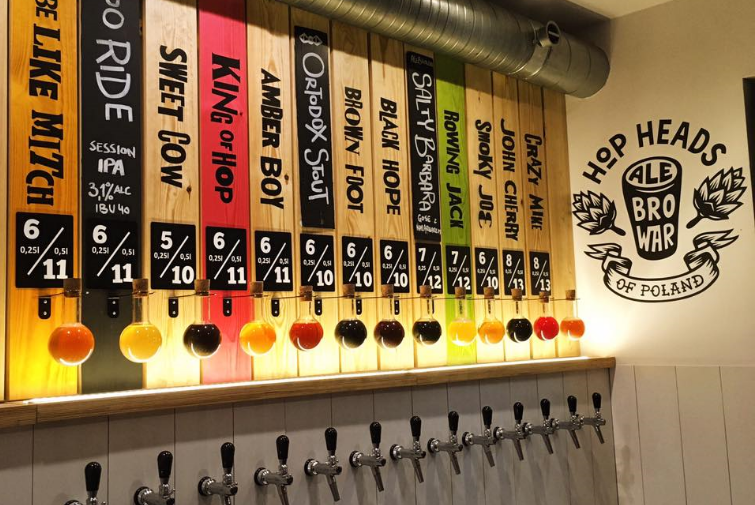 The brewer was one of the first ones to come into being during the Polish Beer revolution in 2012. In the bar in Gdynia there are 13 beer taps. AleBrowar beers have a well-established position in the menu. Among them, you can find beverages that are soft, refreshing, sweet and chocolate, with addition of modern variation of hop, or smoked. On occasion, we offer beers from partner microbreweries.

AleBrowar Gdynia also has a broad range of bottled beers. We offer beers from Polish as well as foreign brewers Our offer is regularly enriched by beer rarities. The idea is clear; our offer has to be interesting and diverse. Barmen know perfectly how to do their job, and they are capable of picking a beer depending on customers’ mood and expectations.

Moreover, in AleBrowar Gdynia we organise training courses, beer tasting sessions, meetings of people from the industry, and the celebratory introduction of the new positions in the beer menu.